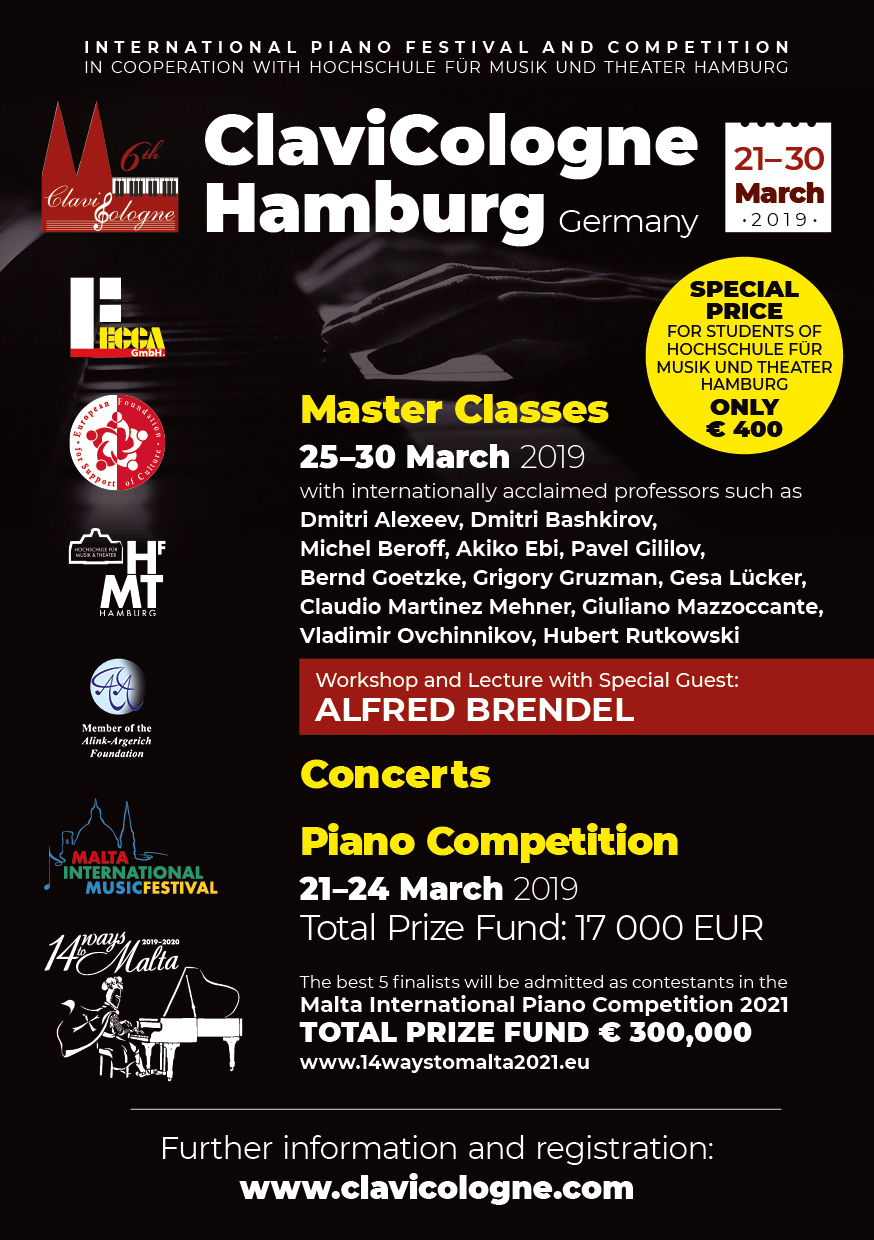 ClaviСologne is an international piano competition and festival. In 2019, the sixth such Competition and Festival was held in Germany between 19 and 30 March. The project was organised by the European Foundation for Support of Culture, the European Centre for Culture and Arts and the Hochschule für Musik und Theater, Hamburg.

Between 19 and 27 March, Hamburg’s best concert venues  hosted the piano Festival, which opened with a concert by Vladimir Ovchinnikov (Russia), Professor at Moscow State Conservatoire. The Festival’s performers also included such influential pianists as Giuliano Mazzoccante, Professor at “Gaetano Braga” Conservatoire in Teramo (Italy); Ingolf Wunder (Austria), winner of many international competitions and Deutsche Grammophon performer, and many others.

The ClaviCologne piano competition was held at the Hochschule für Musik und Theater, Hamburg 21-24 March. It should be noted that, over the years the competition has been held, young talents from 64 countries have taken part in it. The competition’s jury  included such masters of classical music as Sergei Edelmann (Belgium), Giuliano Mazzoccante (Italy), Ralf Nattkemper (Germany), Vladimir Ovchinnikov (Russia) and Konstantin Shcherbakov (Switzerland). The competition is part of the 14 Ways to Malta international programme. The best talents determined in the finals will travel to Malta in 2021 to compete in the Malta International Piano Competition for the main prize of € 200,000. 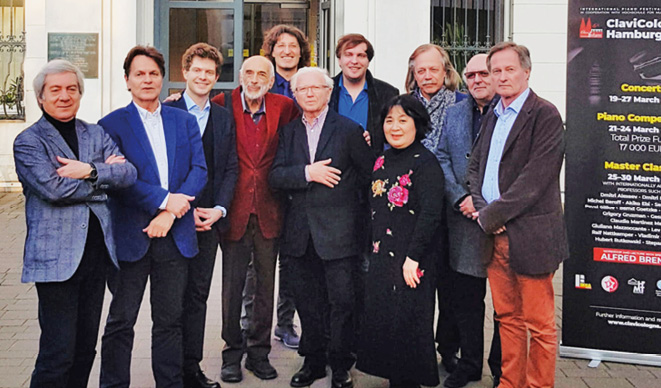 Works by famous Maltese composers, such as Joseph Vella, Alexey Shor, Karl Fiorini and others, were  performed at concerts and recitals.