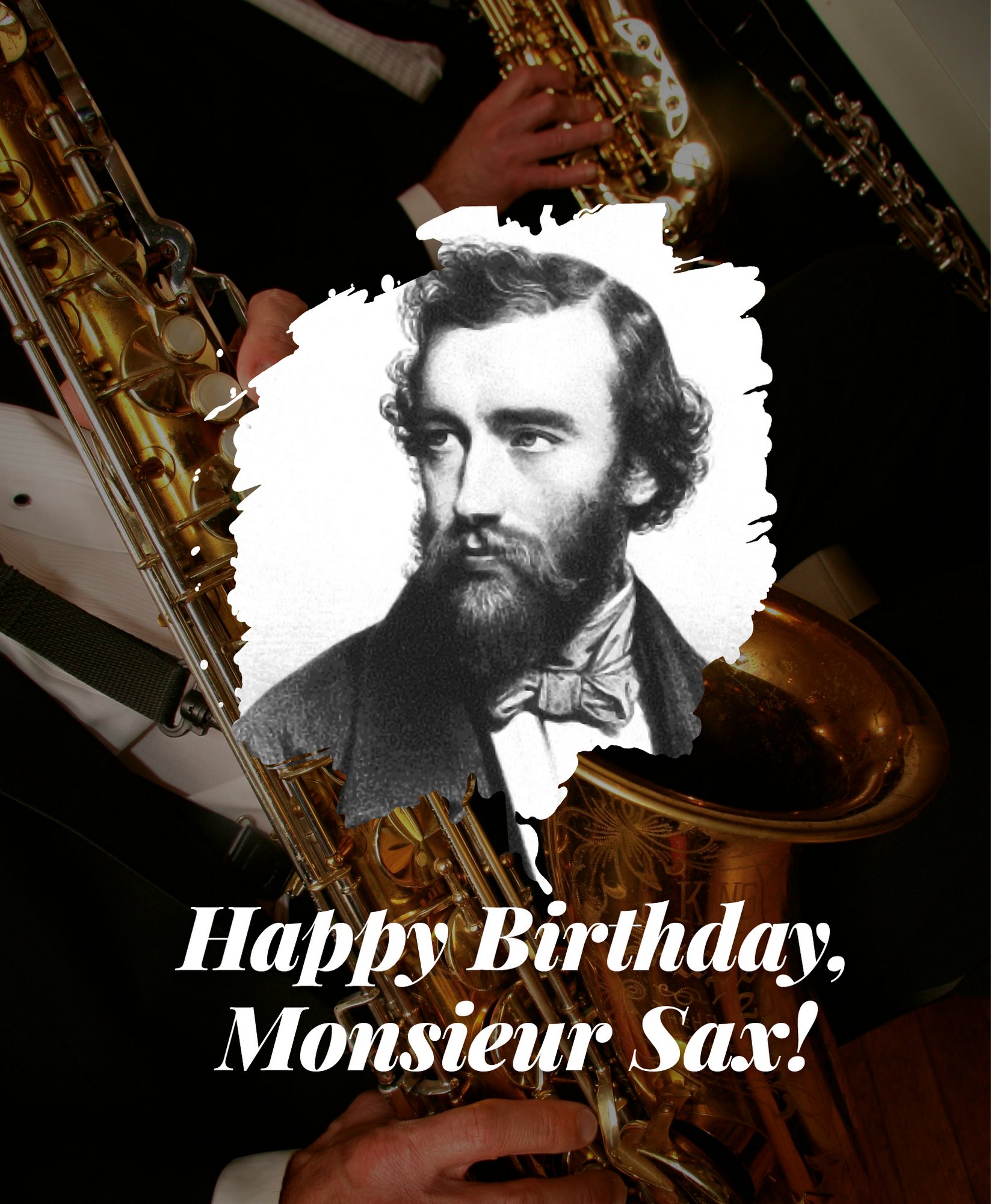 The Saxophone Trio  was  touring Europe from 1 to 12 November 2019 to mark the 145th birthday of Adolphe Sax, the Belgian musician who invented the saxophone. The tour was organised by the European Foundation for Support of Culture in cooperation with the Yamaha Corporation, Musikhochschule Lübeck (Germany), the University of Debrecen (Hungary), and the Tbilisi Conservatory (Georgia).

Adolphe’s father, Charles-Joseph Sax, was a prominent brass instrument maker, a self-taught man. His musical abilities and interest in construction were handed down to his children, most of all Adolphe (Antoine-Joseph), the eldest of the eleven children.

In 1842, Adolphe Sax opened a wind instrument factory in Paris, where he became widely known as an inventor and designer. Indeed, Adolphe Sax perfected many wind instruments and created a whole group of instruments for military brass bands, so-called saxhorns. The invention of the saxophone brought him world fame. Adolphe Sax took a clarinet, replaced the wood with metal, adapted a more comfortable mouthpiece and changed the cross-section, making the instrument expandable toward the bottom, providing the new instrument with more progressive oboe and flute applications. The saxophone patent was granted on 23 June 1846.

Leading French composers responded enthusiastically to the new instrument. From 1857, Adolphe Sax led a saxophone class at the Paris Conservatory and published manuals on the school for playing all the instruments he invented.

To honour the significant event in the history of music, the Saxophone Trio, featuring Arno Bornkamp (Netherlands), winner of the Silver Laurel of the Concertgebouw award, professor at the Amsterdam Conservatory; Asya Fateeva (Germany), laureate of the International Adolphe Sax Competition, professor at the Musikhochschule Münster, Germany, winner of the ECHO Klassik and Breakthrough of the Year awards; and Nobuya Sugawa (Japan), winner of many international competitions,  gave gala concerts in the best music halls of Germany, Hungary, Georgia and Armenia. They were accompanied by the celebrated Japanese pianist Minako Koyanagi.