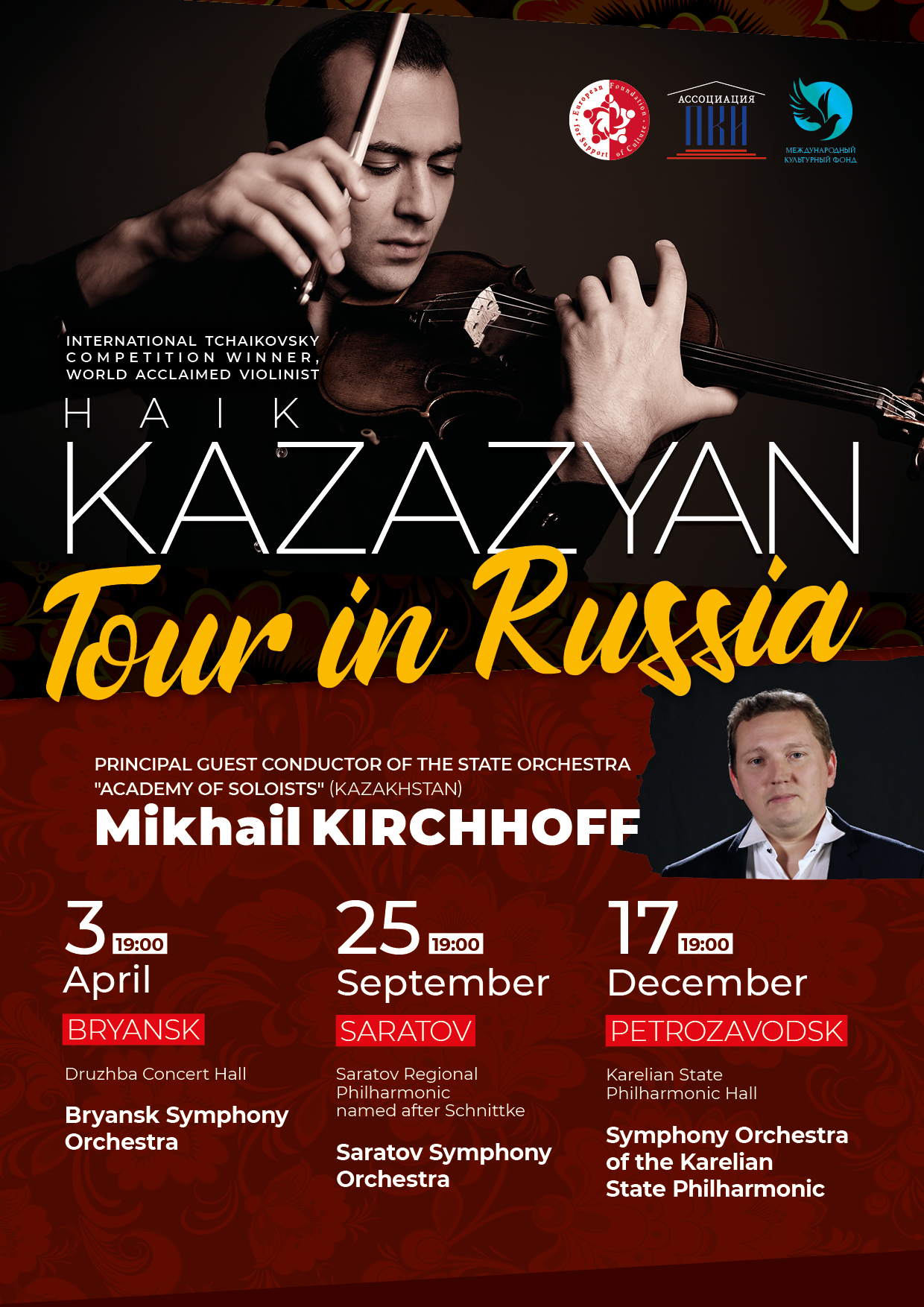 Haik Kazazyan was born in 1982 in Yerevan (Armenia). He studied at the Sayat-Nova Yerevan Music School. In 1996, he moved to Moscow, where he continued his studies at the Gnesin Moscow Music College, the Moscow Conservatory and graduate school. In 2006–2008, he interned at the Royal College of Music (London). Since 2008, he has been teaching violin at the Moscow Conservatory.

The tour programme  featured works by famous Maltese and other European composers.